Back on March 25, 2016, FWI filed a lawsuit styled Four Winds Interactive vs. 22 Miles, in the U.S. District Court for the District of Colorado asserting claims for copyright infringement, patent infringement, unfair competition, unjust enrichment, and false patent marking. After over a year of litigation, 22 Miles showed that FWI’s patent was invalid and forced FWI to dismiss the case in its entirety.

“Our entire team is extremely pleased with the outcome of the case,” says Joey Zhao, CEO of 22 Miles. “It is an important victory for 22 Miles because it confirms our position as a true industry leader and innovator.”

Recently, the Magistrate Judge in the case had recommended dismissal of four out of five of FWI’s claims. In his recommendation, he found that FWI’s patent was invalid because it “fails to include an ‘inventive concept’ and thus is patent ineligible.” He further explained that, “FWI has not identified any improvement to the functionality of the computer system itself, but rather utilizes conventional computer activities to improve the process of providing customized directions.” In the end, he found, “FWI’s patent claims should be dismissed because the ‘402 Patent does not address patent-eligible subject matter and thus is invalid.” In addition, the Magistrate found a lack of legal support for most of FWI’s other claims.

In addition to recommending dismissal of those claims, the Court also ordered FWI to describe how 22 Miles supposedly infringed FWI’s copyrights by May 30. Instead of providing this description as ordered by the Court, FWI officially dismissed the case on the day the description was due. Joey Zhao, CEO of 22 Miles, explained, “With FWI dropping this case, they are effectively admitting there was no copyright infringement against 22 Miles. We were confident that this would be the result as 22 Miles has developed its own source code for the past ten years and we knew that the allegations never had any real basis. Indeed, 22 Miles software was cited on FWI’s Patent’s cover page as prior art, so even FWI knew we came first.”

Since at least 2009, 22 Miles has been a leader in Digital Wayfinding when its Wayfinding software won the Microsoft Code Grand Prize out of 4,000 global competitors. With decade of non-stop development going back to 2007, 22 Miles offers comprehensive user-editable Wayfinding, now available in 3D, alongside its digital signage all-in-one platform with hardware independent capability from mobile devices to multi-user interactive video walls. Its long-term industry prominence is confirmed by the fact that 22 Miles received its Five Year Exhibitor Plaque from the Digital Signage Expo 2016 in Las Vegas.

Ultimately, 22 Miles has gained high market share and a strong reputation in the industry based on being a professional, flexible, supportive solution provider to all customers and partners in a friendly ecosystem. 22 Miles believes that being on the forefront of industry needs and trends is the key to its success and their customizable solutions have kept their customers supported for years. This continuous commitment to progress and development has driven the success of the 22 Miles R&D team. In 2016 for instance, 22 Miles showcased a Robot Signage solution at DSE which introduced capabilities such as Robot Control and Text-to-speech. Most recently, 22 Miles highlighted its strong R&D with a new game-changing approach to built-in iOS and Android development capabilities through its Publisher Pro 2017 software release.
22 Miles owns more than 500,000 lines of proprietary and active source code, which is the result of years of in-house development. It releases new features and enhancements almost every day. This continual progress solidifies 22 Miles as a technology leader in the marketplace.

In addition to its strong technical capabilities, 22 Miles has been flexible and adaptive across their client service practice. When customers complained about 3-year mandatory maintenance costs, labor-intensive manual update, and limited functionality across current platforms, 22 Miles answered these complaints with solutions and positioned itself as a desirable provider that allowed an alternate and more efficient solution.
As a result, 22 Miles has been repeatedly approached by clients and integration partners to take over projects that failed to deliver by other vendors because of insufficiency in technology. With a strong platform, continuous adaptability in their working relationships, and productive workflow, 22 Miles has been able to continually gain new customers and grow its existing business. These are the reasons why 22 Miles has been so successful for so long. Any inquiries can be directed to Tom Mann, SVP of Sales at 22 Miles. He can be reached at tgmann@mail.22miles.com. 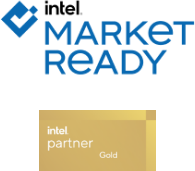