Described by national news commentators as “A new front door for America’s biggest city,” for more than a century the trains have never stopped running at New York’s Penn Station. The iconic transportation epicenter of the big apple has seen many changes over the decades, and in 2021, the sprawling grounds underwent its most recent facelift/reimagining, with the opening of “Moynihan Train Hall” at New York’s Penn Station. 22Miles digital signage and interactive wayfinding technology is positioned in the epicenter of the new transportation hub, providing visitors from all over the world with a rich digital experience to match the robust architectural and operational allure of the facility. 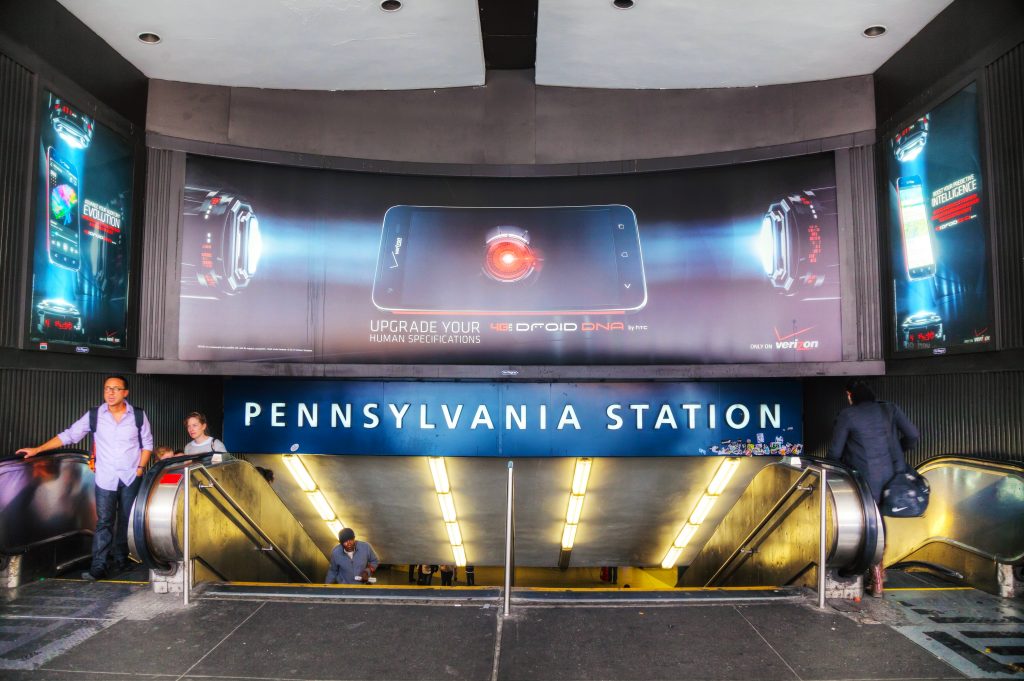 When Penn Station was first constructed as the prior pre-industrial century was coming to a close, it was a herculean effort, partially comprised of tunneling beneath two rivers and invoking the design of some of the great halls of ancient Rome with its giant statuesque pillars. Originally built by the hands of dedicated workers who risked life and limb to complete the grandiose project, Penn Station reportedly with its ten railroads moved more passengers annually than the population of Western Europe.

As transportation preferences and practicalities began to shift towards the middle of the 1900s, Penn Station began to decline, acting as a huge financial drain on the Pennsylvania Railroad Company, and falling into bankruptcy. Ultimately the station was demolished and then replaced with an above-ground more modernized complex which featured Madison Square Garden, with a modified new “Penn Station” housed beneath. Unfortunately, the new “basement-like” Penn Station lacked the luster, upkeep, and allure of its predecessor. With the loss of Penn Station around 1963, New Yorkers and historians began the slow process of acceptance, and ultimately romanticizing, and attempting to rebuild the rich historical significance of Penn Station, with long-brewing plans to resurrect and reinvent it to new generations of travelers and daily passengers. 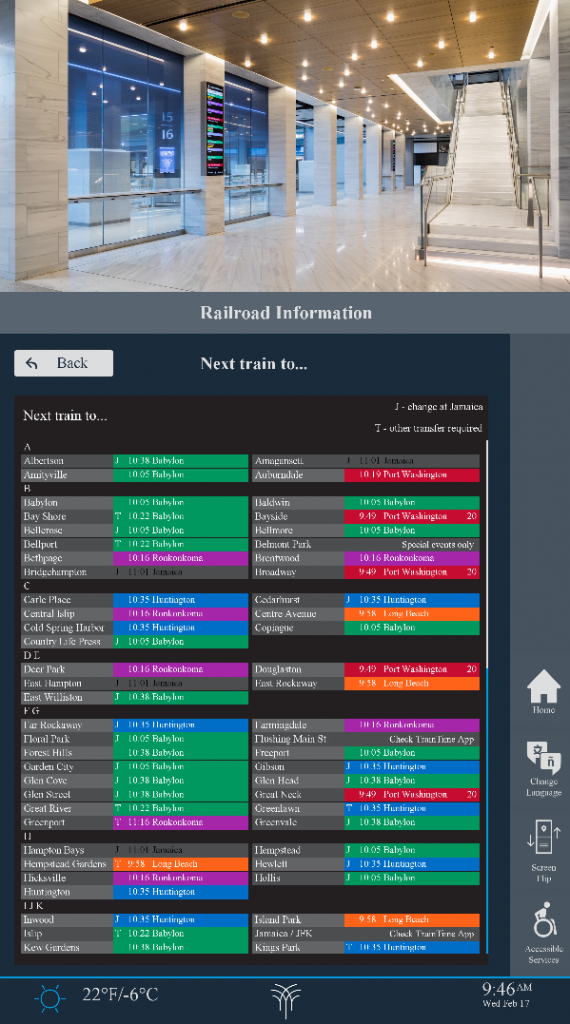 THE TRANSITION TO MOYNIHAN TRAIN HALL

Named after the well-known Senator Patrick Moynihan who long championed the project, six decades from the destruction of the old Penn Station, the ribbon was cut on the official opening of the 1.6 billion dollar “Moynihan Train Hall”. The new station is filled with wafinding signs and odes to the old legendary station while modernizing and updating the entire facility to serve as “America’s front door.”

Intended to be a combination of “Classic” and “Cutting-Edge,” the station’s massive parabolic skylights serve as a welcome contrast to the old Penn Station’s darker more underground ambiance. Carriers like Amtrak are now operating trains in the new Moynihan station, with officials touting the environmental and cost benefits to travel by train. On New Year’s day, 2021 at 6:00 am the first new trains began running in the newly minted Moynihan Train Hall.

With walls adorned with Avant-Garde artwork, visual throwbacks and tributes to the original Penn Station, and towering ceilings that hang beneath the New York Skyline, Penn Station’s modernized reinvention could not be complete with a technology infusion to match. Having recently won awards in 2020 for the Protection-as-a-Service suite of solutions which encompasses touch-less screens, interactive wayfinding, secure mobile control of new or existing digital screens on mobile devices, and thermal scanning software, 22Miles brought a fresh infusion of timely technology to the reinvigorated New York city transportation hub. 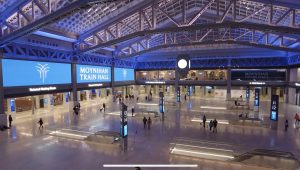 Moynihan features intel-powered interactive wayfinding displays that tout over 10 language input options including English, Spanish, Mandarin, Italian, German, French, Portuguese, Japanese, Korean, Russian, and Arabic. With a population as diverse as New York’s, plus scores of international travelers coming through daily, the flexible linguistic integration options are a near necessity. With COVID concerns as well as the requirement to address the needs of all types of travelers, Moynihan’s 22Miles installation also features full ADA compliance from elevators and accessibility alternate routes, as well as a digital magnifier, screen adjustments, and an operation index.

Among the 22Miles innovations at Moynihan, the station will also house the 22Miles Secure Mobile Control system, which allows contactless control of screens on a user’s mobile device. The technology provides a fully touchless experience as users can operate the screen they are interacting with from their cell phone via a digital mouse curser. The modernized functionality requires no user downloads or extra steps, as a user can simply scan the provided QR code on each kiosk home screen which then allows for activation of a web link to accept the SMC controls. The QR codes are dynamic and encrypted, alleviating any concerns for meeting security protocols. 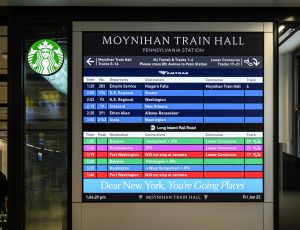 22Miles centralized visually dynamic screens give passengers, visitors, and officials everything they need, served in an increasingly interactive and intuitive way. When idle, the screens serve up advertisements to passengers, while waiting to be indulged by touch-free devices, or even verbal command functionality if implemented. The screens  serve up what users need, displaying everything from wayfinding to specific carrier data such as Airtran information, routes and destination points to JFK, LGA and Newark airports, alongside train and travel schedule information including:

Once utilizing secure mobile control or the touch-screens, users are granted full interactivity on the wayfinding component and other menu options within the user interface all presented on twelve 4K touchscreens.