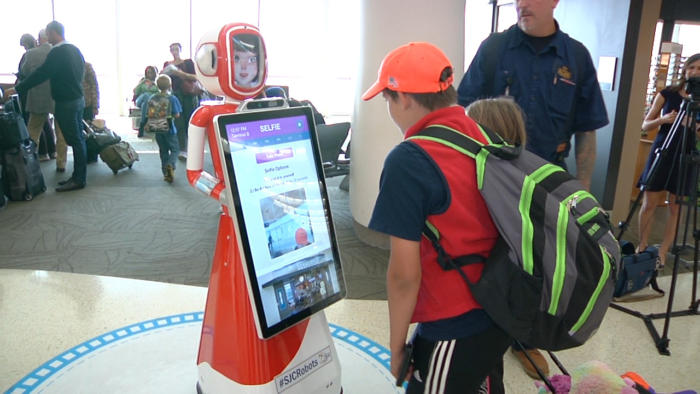 Silicon Valley is synonymous with innovation and high-tech, and Mineta San Jose International Airport wants to make sure travelers know it. The Silicon Valley travel hub is the first airport in the U.S. to introduce customer service robots. The three robotic gals (stationed in front of gates 11, 21, and 25) provide travelers with entertainment, as well as directions to dining and shopping destinations.

“It’s very important for Silicon Valley’s airport to offer services for our travelers that are iconic to our region…we want to create a sense of place,” said Rosemary Barnes, a public information manager at San Jose airport.

The bots are not only iconic to the region. They’re a shoutout to the industry as a whole. If the names Norma, Amelia, and Piper sound familiar, it’s because they refer to a group of aviation pioneers. Norman Mineta is the airport’s namesake and a former U.S. Secretary of Transportation and Commerce. Amelia Earhart was the first female pilot to fly solo across the Atlantic, and William Piper, who founded the well known Piper Aircraft company.

The $120,000 project was financed by the airport’s concessionaires, for whom the bots act as an innovative form of marketing. The trio get their doe eyed anime looks from South Korean manufacturer, Future Robot, though their smarts come from Silicon Valley’s 22Miles, which worked closely with the airport to program the bots. For now, Norma, Piper, and Amelia are limited to showing travelers interactive maps of the airport, taking selfies, and dancing in their geo-fenced mats. But, visitors are already making suggestions for improvements. 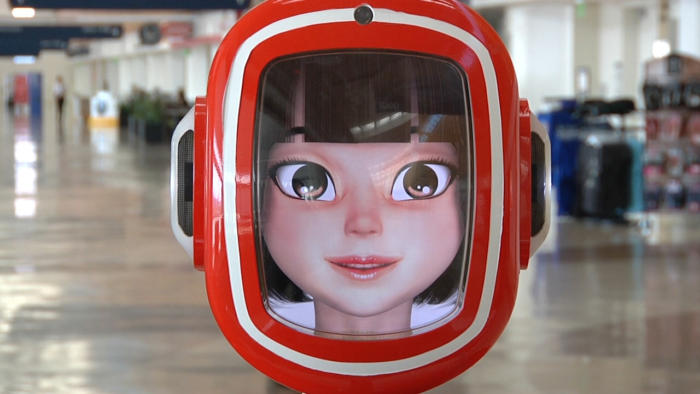 “Even though we offer free and fast WiFi here in our terminal and have done so for many years, his [the visitor’s] feedback was, can you please share with us how to get WiFi here at the airport? He said that should be the number one item displayed on the robot,” Barnes said.

Another traveler suggested the robots be able to recognize and greet him by name. Though this would likely give some travelers the creeps.

With the project still in it’s infancy, 22Miles and the airport have been gathering information on how travelers interact with the robots. As of now, numbers show requests for dancing and selfies topping the list, but Richard Towner from 22Miles says this is just the tip of the iceberg. 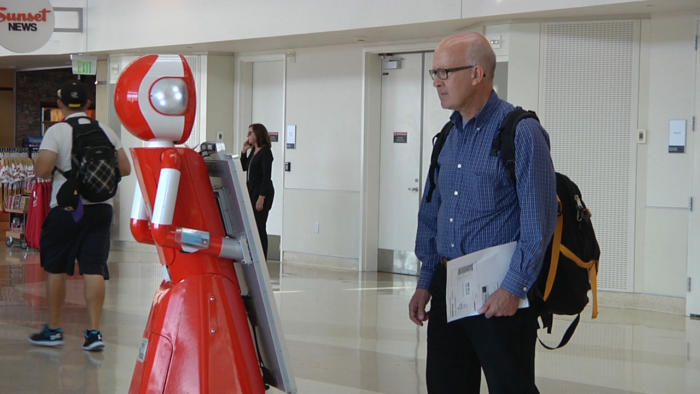 22Miles and San Jose International Airport are gathering data on how travelers interact with the service robots.

“Everything you see here is just built out ready to go, but we can integrate with other systems. For example, like an IBM Watson intelligence engine and in basics terms it’s crawling now, but we can have it walking and talking later.”

Towner says 22Miles is already working with Boston Logan International Airport to integrate the company’s software with IBM’s Watson AI in a fixed kiosk. The company has also been working with a number of other airports to equip robots with scanners, which would allow passengers to get information on where they should be going, as well as receive suggestions of stores and concessions along the way.

Have questions?
We are always here to assist you.